I initially just wanted to make a nice big map for myself, with plenty of space and resources of all kinds readily available, so that I can build those huge cities that I'm so fond of. I needed a lot of world sites with propaganda option so that I can decorate with plenty of obelisks etc. I also like a landscape to look like a landscape, with all the vegetation and critters that belong there.

Then a theme developed, so it now has a 'mission' (with a win/loss). It works well for me, and I see that some people are still playing, new people downloading things, and sadly, most of all the scearios posted here lost to forum crash, so I thought I'd share it.

I used as many historically correct facts as I could. Added some freely invented for the sake of action. And took a few blatant liberties just because I can, after all this is a game, not a history lesson.

This can be used as a sandbox; a cheat code turns off the win/loss functions and also opens a few extra 'builder-only options'. Map has floodplain for 600 farmers. There are 71 world sites with 'bragging rights', 26 of which only opens via optional military efforts. Great works enabled.

Educated workers: I predict that you will not be able to build a city big enough for this with the 35 educated workers allowed in the original game. A mod with 5 x educated (175 max) is available for download: http://cotn.heavengames.com/downloads/showfile.php?fileid=3668

Pictures from scenario might have plazas you haven't seen before (and I can't predict what the one I used for the harbours will look like in your game). I use my own set of plazas, available for download: http://tiltedmill.com/forums/viewtopic.php?f=20&t=30050

Edit: for some reason, attachments don't show, so here pics: 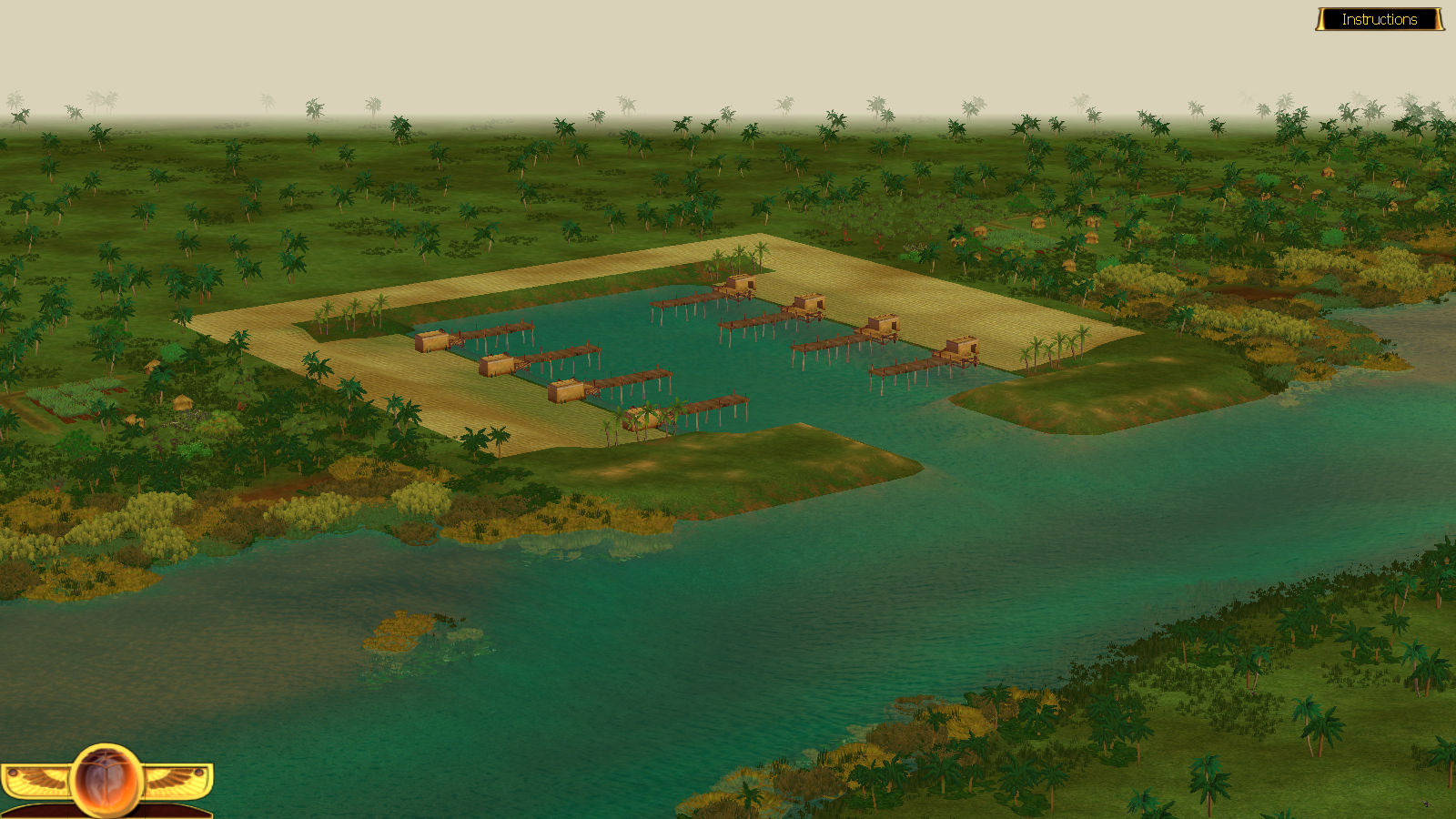 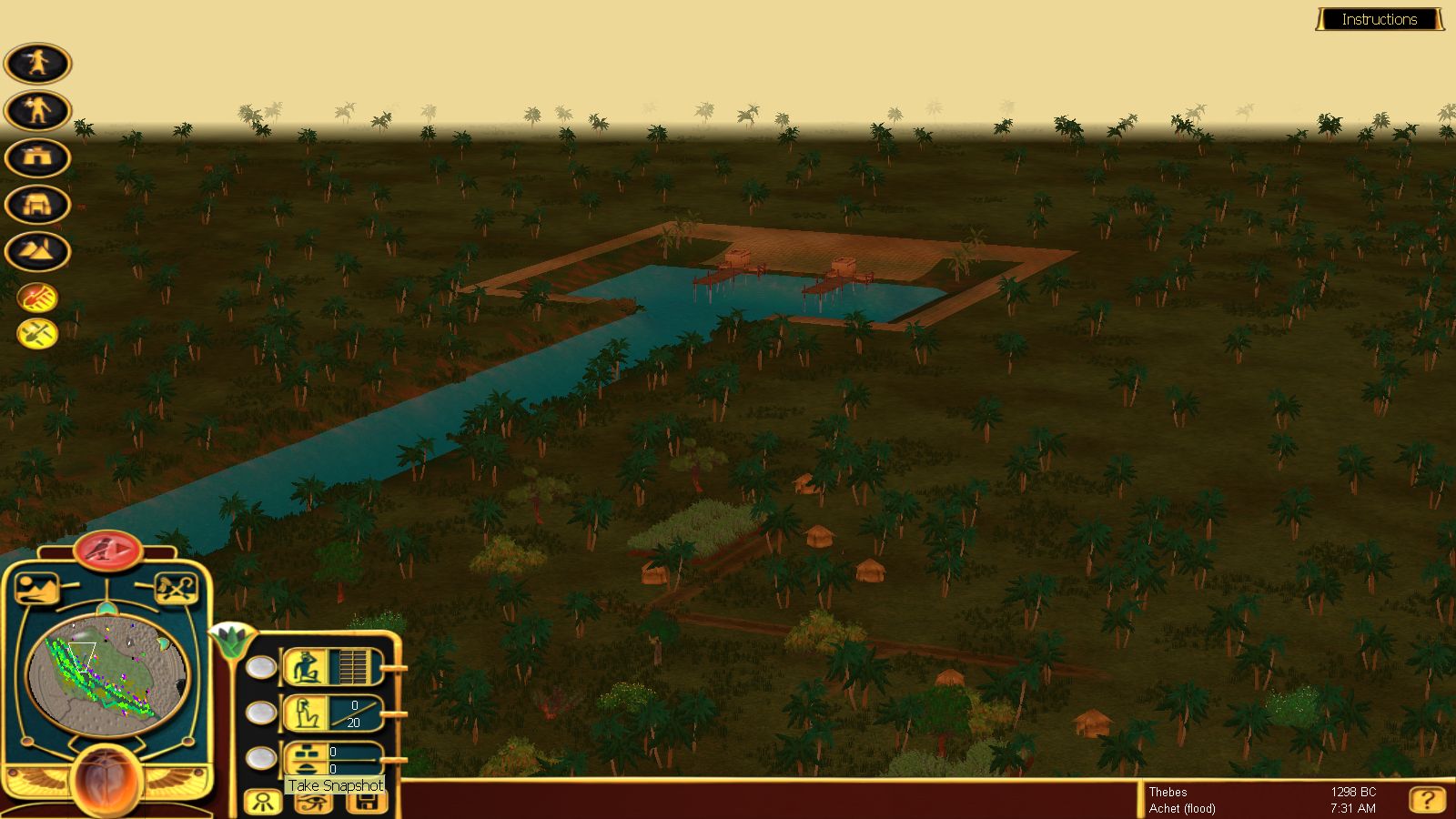 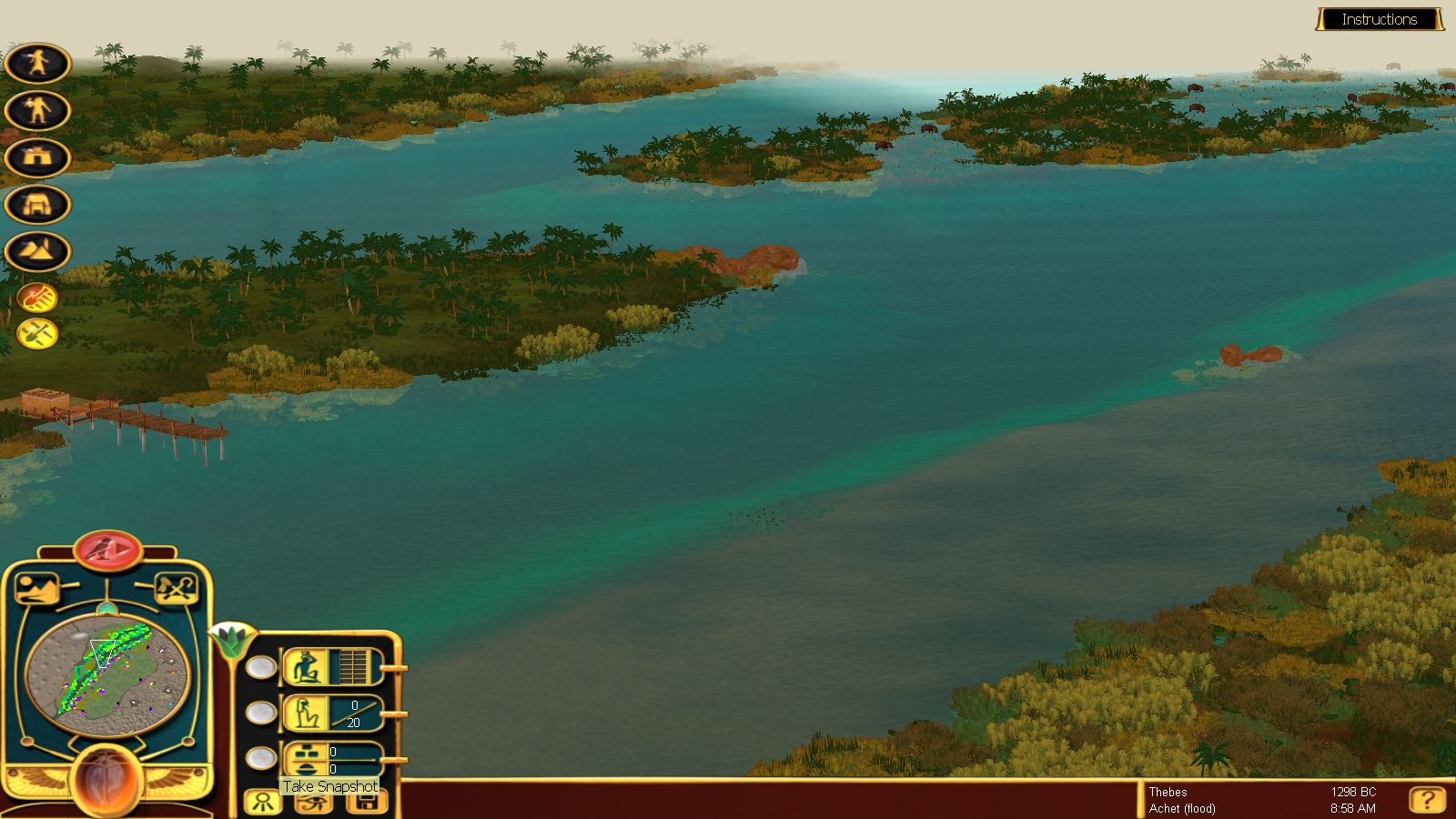 by Yahya
That minimap image really whets the appetite.

by Jytte
Thank you. I guess it's time you re-install your CotN then

... and finish up your next project idea

I'm already on to my next scenario. Had such a fun idea, something completely different, and a first in Cotn I think, although I haven't seen all scenarios ever created here, only the titles on all the ones not available any more.

by atatnall
So excited to take this for a spin! Thanks!

by Jytte
Atatnall, I hope you like it. Please let me know if you encounter any problems.

by atatnall
Heyo, loving the map and the story line, especially the instructions that pop up

Have run into an issue which may be me, but thought I'd let you know. When I try to build the Great Library, my game crashes. Again, could be me. I'm going to keep playing anyway! So, so happy you are creating scenarios!

by Jytte
Glad you like it, sorry about your library though. I don't know what to say, I haven't had that problem obviously.

Hmmmm, something occurs to me... I'm no expert, so maybe Yahya or Keith could pipe in.... but is it possible that you have a version without Alexandria? Only Alexandria has the great works (Great Library and Great Lighthouse).

If you DO have a version with Alexandria, I'm at a loss for reasons. If not, then there's your answer I think. Apparently you are able to do everything else without problems, so you can still 'finish' the scenario, except you won't get a 'win'. Having a finished Library is one of the requirements.

Maybe I shouldn't have made that requirement, but at the time I wasn't aware that this might be an issue for other versions.

by atatnall
Thanks! I've got Alexandria... maybe I can reinstall it and see if that clears it up.

by Jytte
Well, in that case it takes somebody with more insight to figure out what the problem might be.

I know it's been downloaded quite a lot, but I have no idea if anybody else played it, and if they had any such problem. It would be nice if somebody else who played it would let us know either way.

by Jytte
Atatnall, did you get the problem solved?

by atatnall
Hi Jytte! I uninstalled and reinstalled COTN: Alexandria and ran the game again. Boom...crashed. I *am* using the Horus Texture mod. Do you think that could have anything to do with it?

by Jytte
Hi Atatnal, I am not familoar with the 'horus texture' mod. Did you mean the tholu-mod? At any rate, using higher res textures might result in lag and such, if the scenario is big and the machine isn't... I don't see that resulting in crashes.

If a new start resulted in crash... that's the kind of thing that would happen if run on an earlier version, which shouldn't happen with in your case. I'm a little lost for words here.

This with the different versions is problematic for me, as I only have the uber-latest complete version from GOG, and have never even seen the others.

Keith? Yahya? anybody want to participate with advice here??

PS: One way of trying out the theory about version-problems is to try downloading 'A Murder in Swenet' recently uploaded. If that runs on your installation, then the versions aren't the problem.
As both scenarios run perfectly on my PC, I'm unable to figure the problem you're having.

by Jytte
Upwards of 50 people have downloaded 'Ramses the Great'.... I would have thought I would have heard something by now if there was a problem????? Or not. Please?

by atatnall
I'll do some more experimenting today. I'm also currently playing Murder at Swenet and have had no problems, unless you count me still struggling to figure the puzzle out a problem! Lol! No crashing anyway, and everything functioning as normal.

Thank you for taking the time to work with me on this. I'm really enjoying your scenarios. You're particularly good at making beautiful landscapes!

by Jytte
Well thank you

Glad you like them. I'm working on a new one, so it's nice to have some feedback.

I sure hope you get this solved. At least we now know it's not the versions.

by atatnall
OK, so I uninstalled and reinstalled again, without the Horus Texture Overhaul Project I had on it. It works now! I knew it was user error

by Jytte
Very happy to hear that

by texasmine
It's a wonderful scenario, but I've had glitches. 1) I built the Amun cult temple before being instructed to do so, and the scenario didn't recognize it, so I got a fail screen. 2) I didn't read "religious" festival and did the state holiday; fail screen - my fault. 3) When I tried to delete the soldiers going to Sekhem, the soldiers converted to vagrants. 4) I have built 2 pyramids of every size, put up obelisks until I can't find a tidy way to erect more, built the library and all the temples, opened all the sites and followed all the instructions. I have also sat here while Ramses -- and I -- aged to past 100. No win screen. What am I missing?

by Jytte
Hello Texasmine, glad you like it even you have some problems. It's been a while and I've been busy doing two more since then, so I might have to check again, but from memory:
You should not get a fail on anything having to do with the Amun temple, or any temple whatsoever. If you had a fail regarding 'Amun' it was because you did not head the request from Karnak (quick enough).
Yea, the festival has to be religious.
When you send soldiers to Sekhem, you have to delete the barracks while the soldiers are off map. Then they won't return. And only 10 barracks for the 30 soldiers you are getting rid of. In other words you have to repeat the process. Did you do it this way? Any more than those 10 barracks deleted will result in vagrants. (none of this soldier stuff will affect a win)
If you have gotten to the point of sending soldiers to Sekhem, I must assume that you are done with Kadesh and have done what you should there (or else you'd fail), so you have married again... and also assume that you did NOT use the sandbox option at any time, because you'd not get fails then... you say you have a great pyramid and a great library, so that's ok... did you get ALL the things from Karnak for the funeral? Do you have a temple to Troth? And how many nobles do you have? (need 30).

Please let me know if this takes care of it, or you still have trouble.

by Jytte
PS: I've had a win in 55 years, but it obviously goes quicker when one knows what to do

And, you do know that in this particular scenario you get a win message (and then have to do the survey), not an old-fashioned win screen, right? You did not get that either I take it?
All times are UTC
Page 1 of 2
Powered by phpBB® Forum Software © phpBB Limited
https://www.phpbb.com/