You are Rekhmire, vizier of Pharaoh Thutmose III, sent to start a new settlement in Swenet and establish gold mines in Nubia.
And you will, but that's not all this scenario is about. Play it to find out.

18.04.2018: Turns out there was a loophole allowing you to place the palace by the floodplain, and in that case the scenario goes nowhere. Loophole closed, and scenario re-uploaded.
*****

Well, here goes my 2nd scenario. This time completely different.
I was inspired by Sakasiru's story telling in 'Realm of the Gods', and I'm a huge fan of Lauren Haney's (Betty Winkelman) books from Ancient egypt, the Lieutenant Bak series. So I got it into my head to write a 'second generation' story for CotN.
I had to make allowences for the limitations of CotN, and sadly, it's not possible to enter anything other than a Pharaoh's name in editor, but the name you can change yourself manually, and the titles of 'royal prince' you have to live with.
If anyone has half as much fun playing it, as I had writing and making it, it's worth an upload.

In order for the movie (plays at some point in the scenario) to NOT be interrupted by annoying system messages (like 'prestige is rising') you WILL need to play with pop-ups turned OFF (In Settings, under Interface, you can uncheck the box for 'show pop-up messages'). A specific sound will alert you to the fact that you have a message in your tray (only in case of certain 'error messages').

Along with the scenario, you will need 9 mp3-files, all included in the zip file. You can of course play the scenario without them, but that would be a shame. Do yourself a favor and DO NOT listen to them before you put them in your folder and play the scenario, as it sort of ruins the surprise. I PROMISE there are no cussing, profanities or anything else offensive in those files.
The mp3 files go in this directory: (wherever your game is)\Children of the Nile Complete\Data\Audio\Sounds\

Before you play the scenario, read the tips carefully.

For those of you who like to 'finish' a city: there's a little 'prize' for you after the win.

Oh, and a word of warning: The area where you're going used to be a limestone quarry, but was found to be not worth the trouble. An overseer there, a rather small man of foreign origin, experimented with a mixture of a yellow cosmetic powder, charcoal, and salt - only Horus knows why. Before he left, he buried whatever was left of the mixture in the ground. There used to be an old sign warning people not to put anything heavy there. Again, nobody knows why, and unfortunately the sign withered away long ago.

All files in a zip: A Murder In Swenet.zip 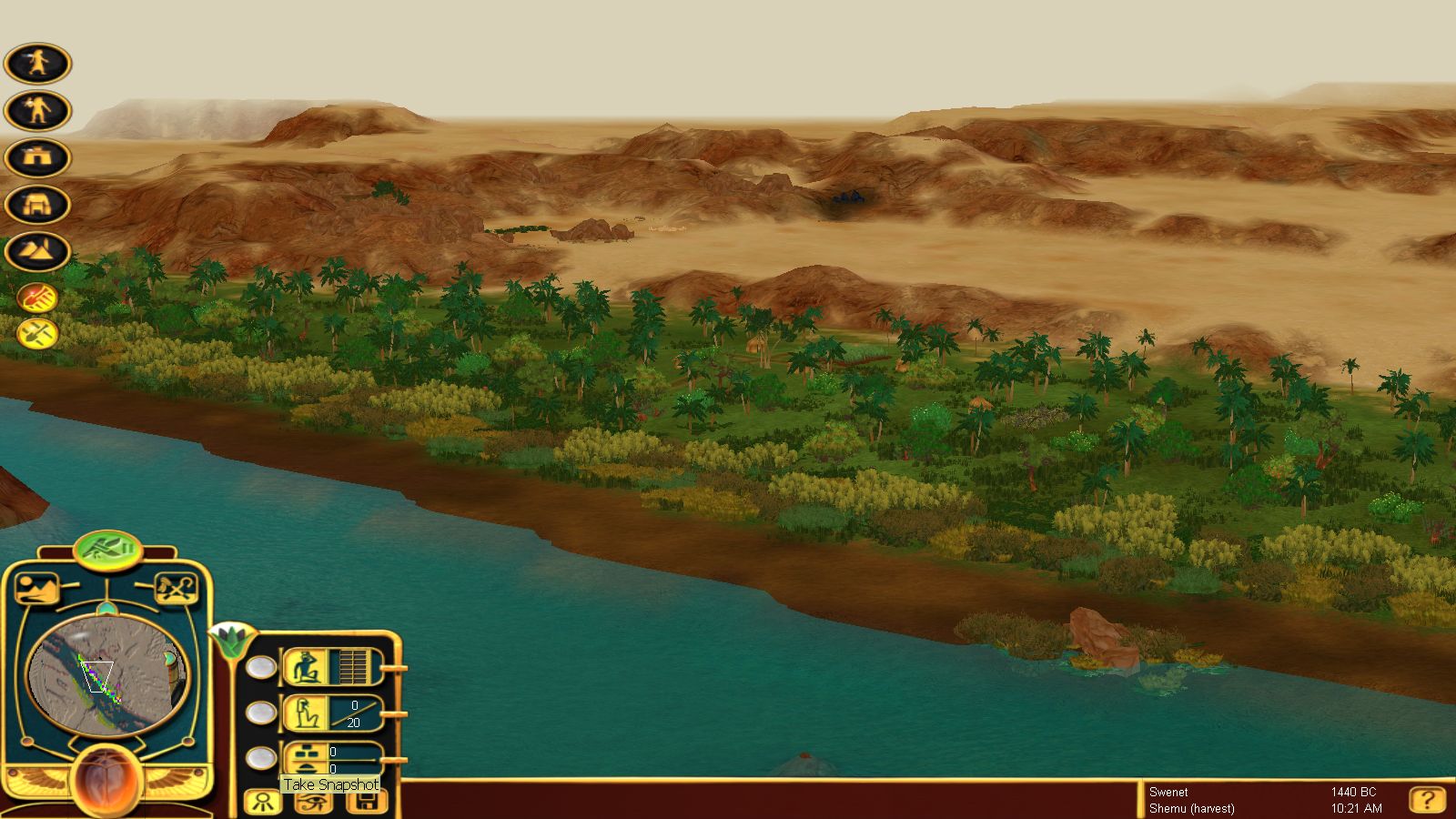 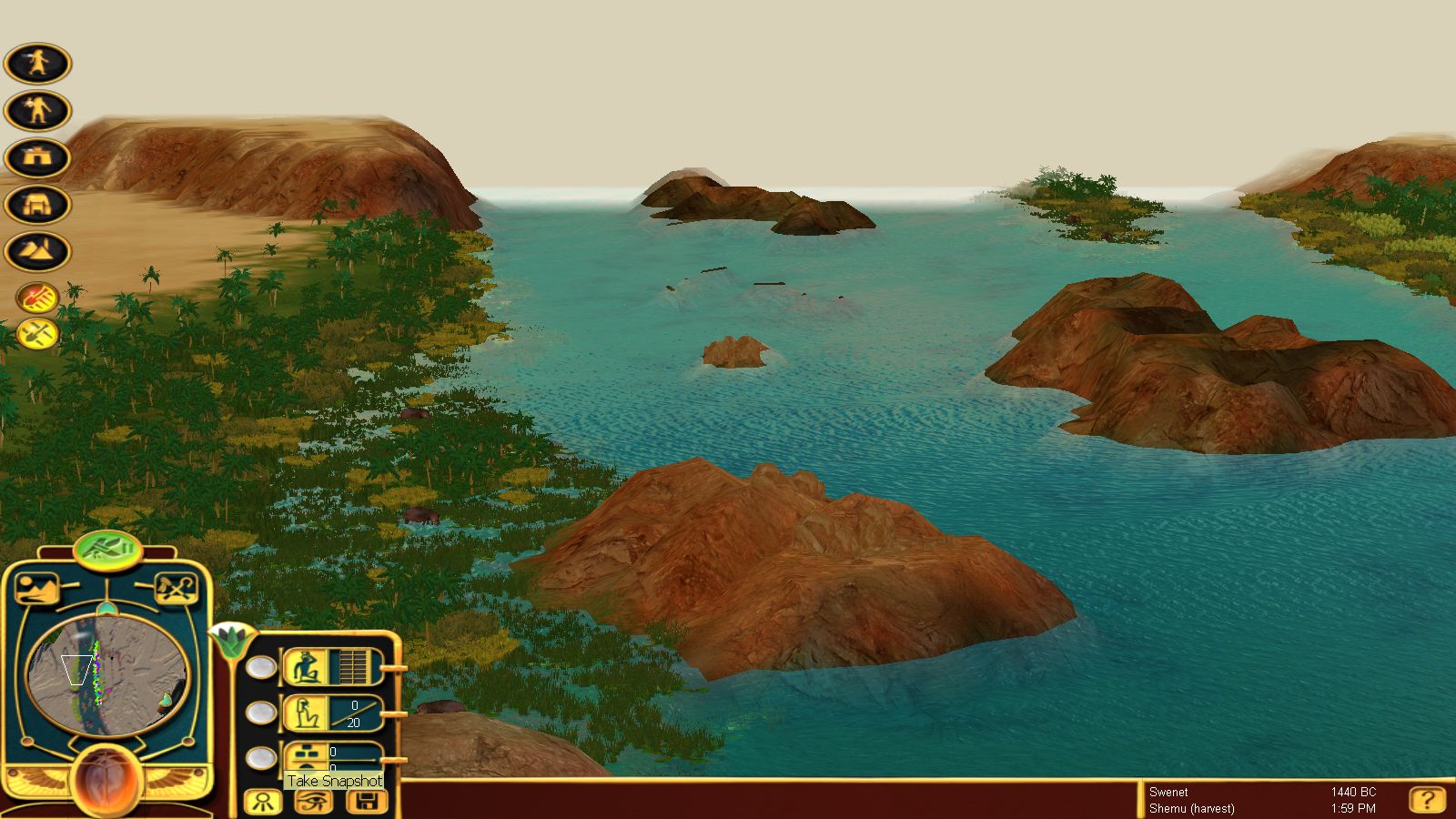 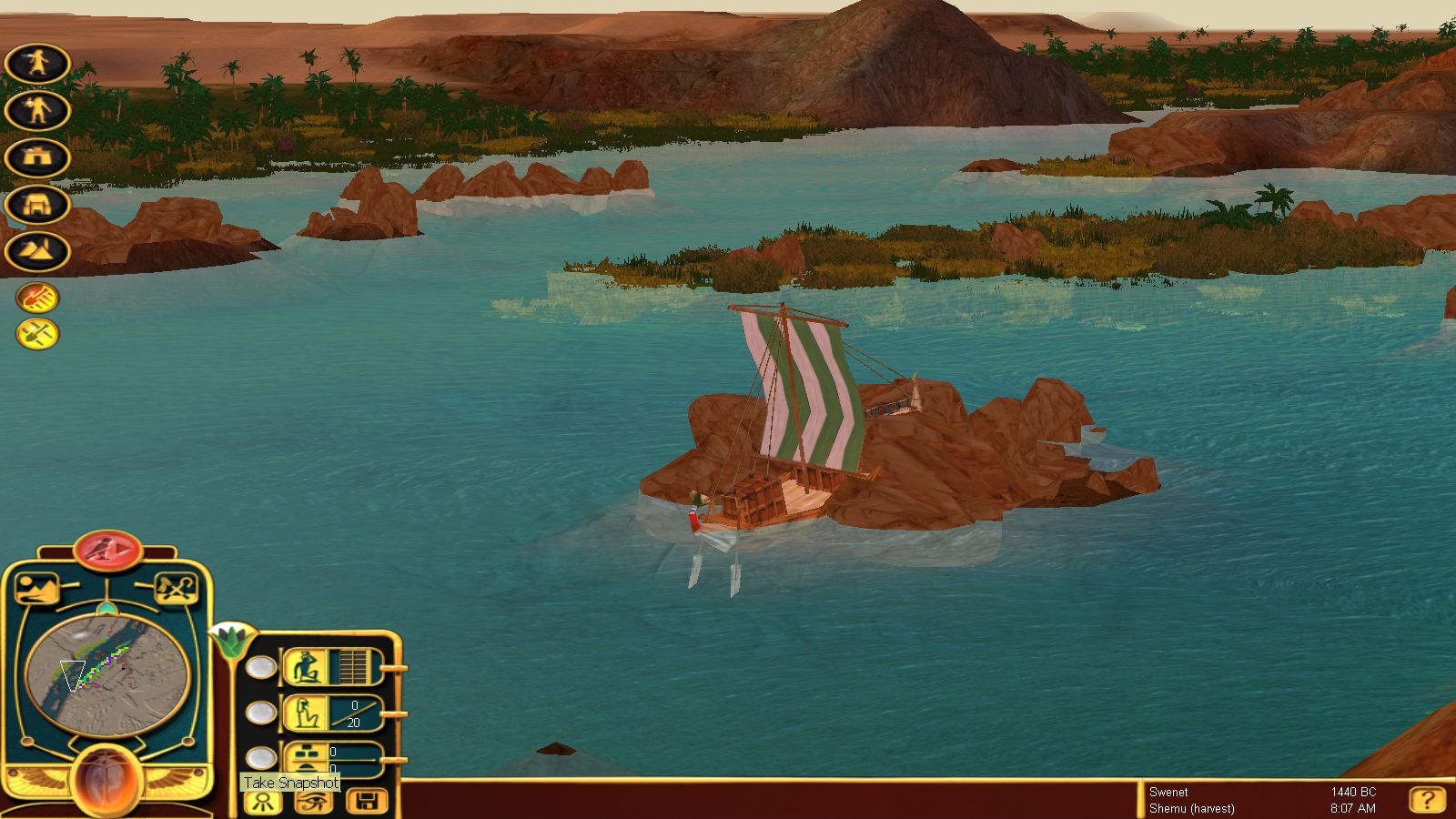 Wow, just....wow! This was the most engaging COTN scenario I have ever played... and I have played them all! A Murder in Swenet is a real, honest-to-Ra murder mystery, with a puzzling plot for you to investigate, fleshed out characters that you get to know and like, a challenging city build, and best of all, moments where I simply gaped at the screen (movies!) and other moments where I laughed out loud!

Here's hoping that we'll meet our detective, Lieutenant Bak and his trusty Medjay again in a thrilling sequel.

Gee, thanks Atatnall, that's mighty nice of you

I'm glad that somebody had as much fun as I did.

I'm working on another scenario at present that grew to be incredibly time-consuming (again something very different from the first 2), so it will be a while, but I would like to make a sequel if I can get inspired again

I haven't finished this yet....real life has gotten in the way. As talented as you are, I hope something else is in the works.
Top

hi,! i am playing this scenario, I had to play 3 times before a realize the palace has to built in the right place, just above and the right of the cargo drop of point. Just in case someone had this same issue.
btw, very fun scenario.. thx!,
Top

Hi NobleSeth, I'm very sorry. You must have uploaded the 'not updated' version, where there was a loophole, otherwise that would be the one and only place to put the palace.
Glad you're having fun anyway