The Barracks of Baki (Bak 2)

You are Rekhmire, Vizier of Pharaoh Thutmose III. You have spent some years in Swenet, building up that outpost. Pharaoh was so pleased with your accomplishment, that he now wishes you to establish a garrison town in Wawat. You must build a fortified town, big enough to support platoons of spearmen, archers, charioteers and guards. Your orders are to uphold peace in the area, protect the caravan routes, and to support the Fort of Buhen, should it be needed.

In your younger days, you were a successful general in one of Pharaoh's chariot regiments. Unfortunately, a spear in your leg forced you to retire from service just before the great campaign to Megiddo. Your leg does not hamper you much though. Well familiar with military life and the requirements of a garrison, you are quite looking forward to the task. Ah, to be among soldiers again!

You will, of course, take your entire family with you: Your lovely wife, Samia, the younger half-sister of Pharaoh; your 2 youngest sons, Sapthah and Nekhtou; and your niece, Haseena. You will also take your entire staff of servants and scribes. Tamose, the elder son of the late Ramose, is now your Chief Scribe and just as clever and hard working as his father ever was. Although you know Samia loathes packing, and won't be too happy about leaving her friends in Swenet behind, pack up you must, and go do Pharaoh's bidding.

May Ma'at guide your steps.

Rekhmire is heading out to start a new town. Might he manage this time without sinister happenings? Or will he need the help of Lieutenant Bak again? Tamose, in his usual effective manner, has kindly provided us with a map of Baki and its surroundings.

It would give you some background if you have played 'A Murder in Swenet', but it is not requisite, this is a 'stand alone' scenario.

While the characters of Baki are figments of my imagination, the world they live in is not (see the pictures below).

This scenario is 'bigger' than Swenet, but still small-machine-friendly I think. It has no pitfalls or time limits. There are, however, a number of requirements that must be fulfilled in order to progress and get to the conclusion (win).

NB: You should play with pop-ups turned OFF (In the game, in Settings, under Interface, you can uncheck the box for 'show pop-up messages').
When they ARE turned off, a specific sound will alert you to the fact that you have a message in your tray (certain alerts and 'error messages').
Btw, these files are 'sounds', not 'music'. If, in your settings, 'music' is set to high, and 'sounds' set to low, these sounds will get drowned out.

Along with the scenario, you will need 10 sound files, a background image, and a world map, all included in the zip file.
The sound files goes in this folder: (wherever your game is)\Children of the Nile\Data\Audio\Sounds\
World map (wl_map_baki_1_1.dds) goes here: ...\Children of the Nile\Data\Graphics\world level\map\
The image (Baki.tga) goes in the same folder as the scenario.
The zip file is divided into same folders, so it should be easy to move/copy files.

Read the tips carefully before you play the scenario.

All files in a zip: The Barracks of Baki.zip (size of file is because of sound files etc., scn is 1.3MB)

Is now available on heavengames as well. 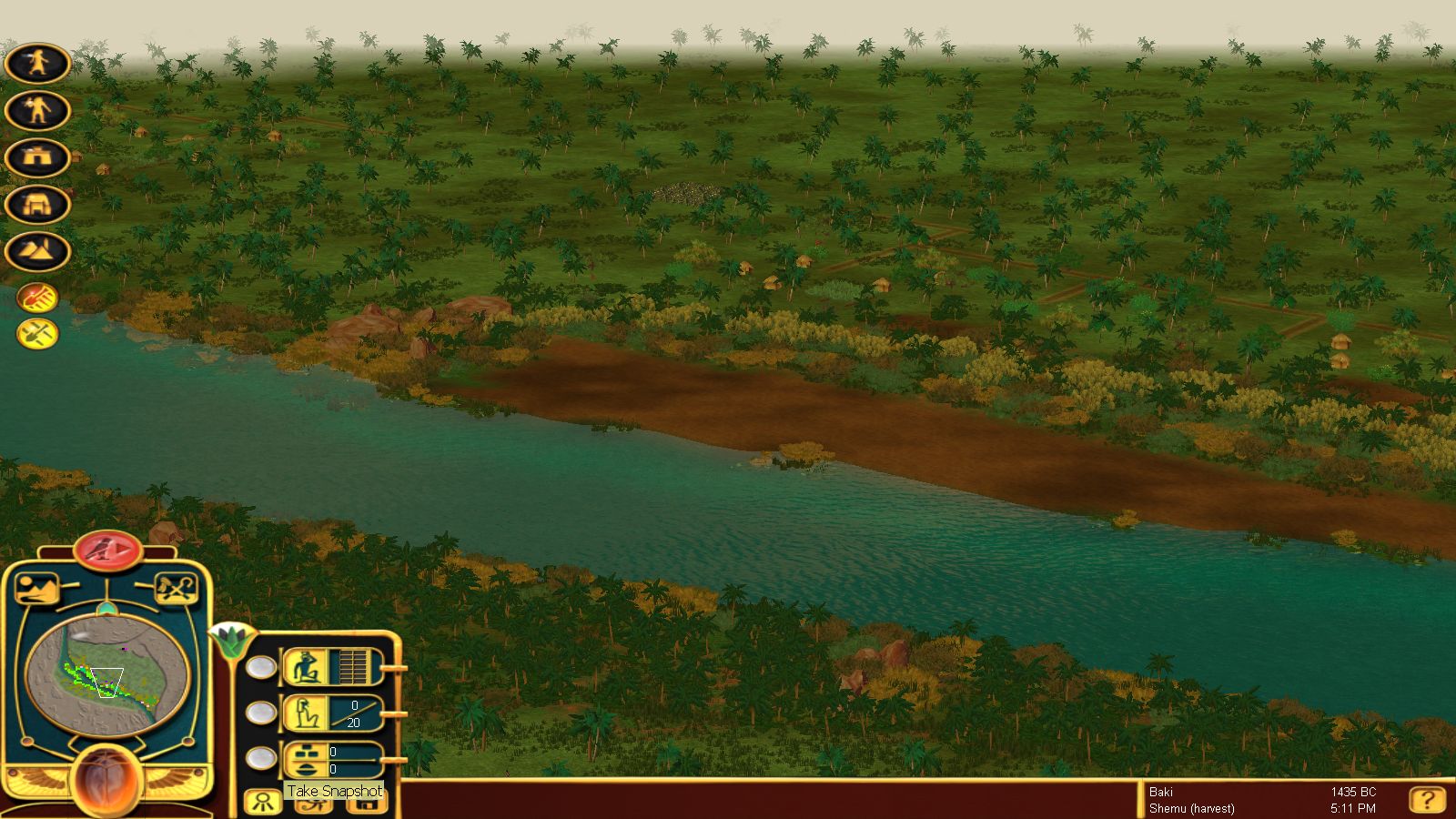 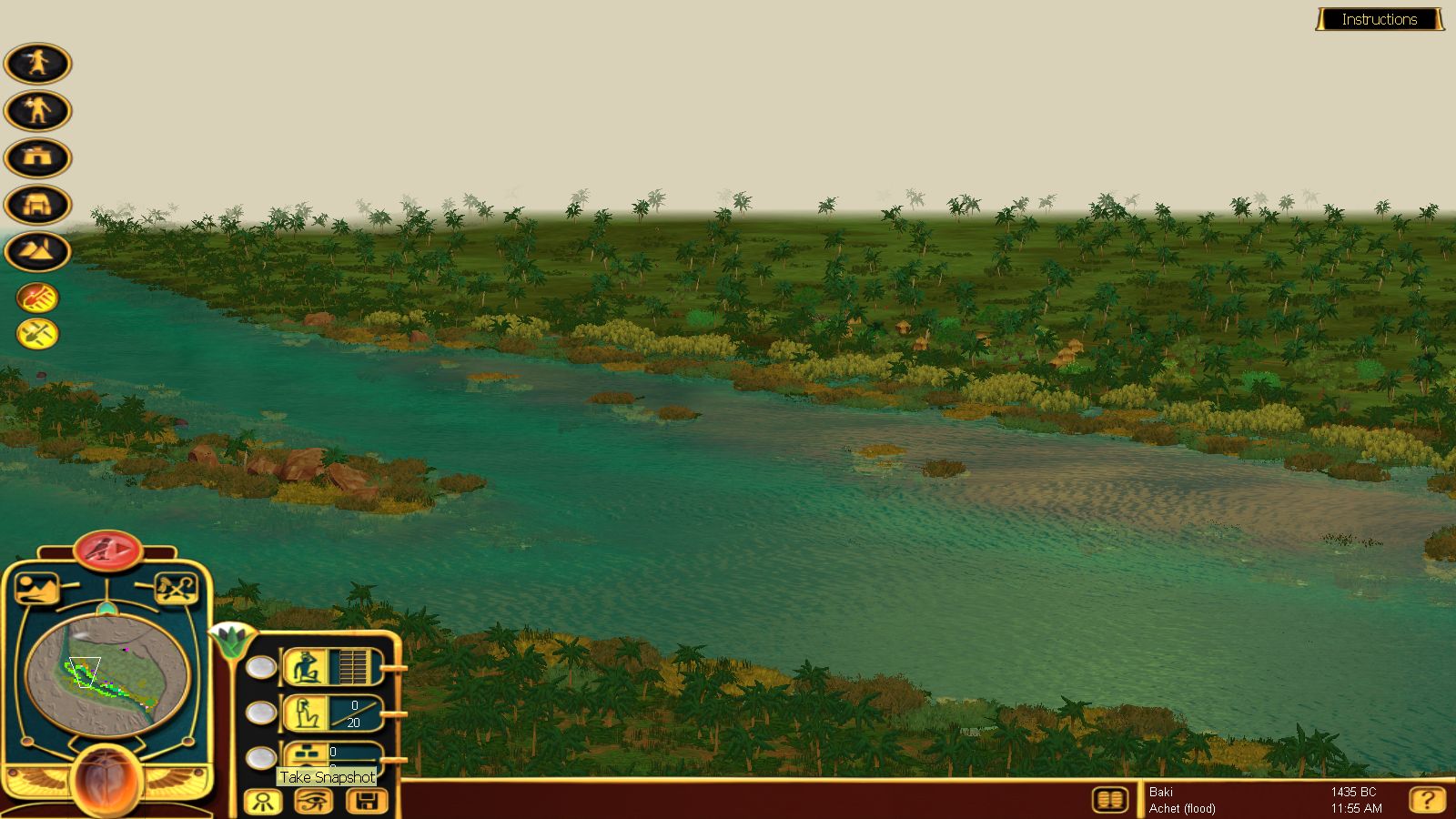 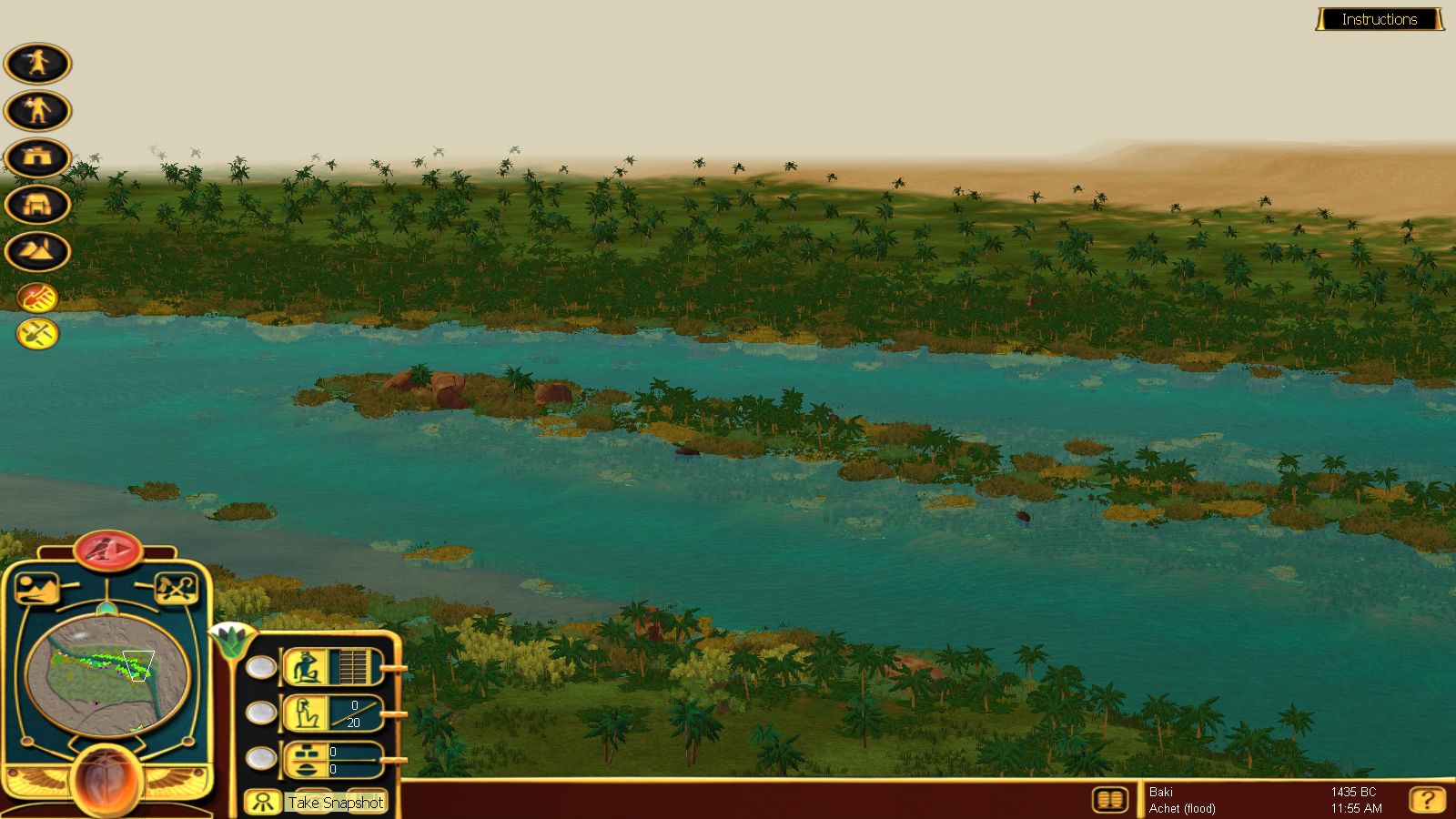 The original fortress of Baki (Ancient Egyptian name, it was later called Quban/Kubban): 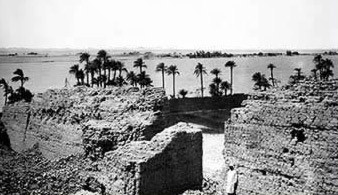