You are Pharaoh Mentuhotep II, but only Pharaoh by name. Egypt is in chaos, each city ruled by a local Lord. Temples are untended, in disrepair, or have been robbed by marauders.
No man has yet proved strong or powerful enough to take charge of and unify the country, but you aim to do so.
It is too soon for you to build an army. First you must have a solid base, and secure the support of the Gods and the people of Egypt.
For now, you are heading for a peaceful part of the nile, where you will start a new capital and gather allies for the struggle ahead, and of course build the obligatory large pyramid for your journey to the Land of Two Fields.

In the middle of the Nile is an island. A sacred and magical island. It is ruled by an unknown deity. It may be of help.

Is anybody here old enough to remember the 80's, when Sierra gave us King's Quest, Space Quest, Police Quest and Leisure Suit Larry?
They had graphics but were text driven games (for DOS), where you had to type in text to get action, and the right text. Coming up with what to write was a task, if English wasn't your first language even more so. I had a blast !

The infantile or nostalgic (take you pick) part of me has devised a scenario that brings back a little bit of that adventure. Lots of little eggs for movie fans too.

The basics of this scenario is of course building a city and trading on the world level, in the usual way. That's what we do. How you go about finding things to do here will be, well, different

Along with the scenario, you will need 31 sound files, a background image, and a world map, all included in the zip file. You will not be able to play the scenario without them.
Do yourself a favour and DO NOT listen to the sound files before you put them in your folder and play the scenario, as it sort of ruins the surprise. I PROMISE there are no profanities or anything else offensive in those files.
The sound files go in this folder: (wherever your game is)\Children of the Nile Complete\Data\Audio\Sounds\
World map (wl_map_magic_1_1.dds) goes here: ...\Children of the Nile Complete\Data\Graphics\world level\map\
The image (MagicIsland.tga) goes in the same folder as the scenario.
The zip file is divided into same folders, so should be easy to move/copy.

You should play with pop-ups turned OFF (In Settings, under Interface, you can uncheck the box for 'show pop-up messages') or sound files/scenario can get interrupted, making it hard for you to follow the story.
When they ARE turned off, a specific sound will alert you to the fact that you have a message in your tray (certain alerts and 'error messages').

Before you play the scenario, read the tips carefully! And you may want to have pen and paper at hand while playing.

All files in a zip: Magic Island.zip 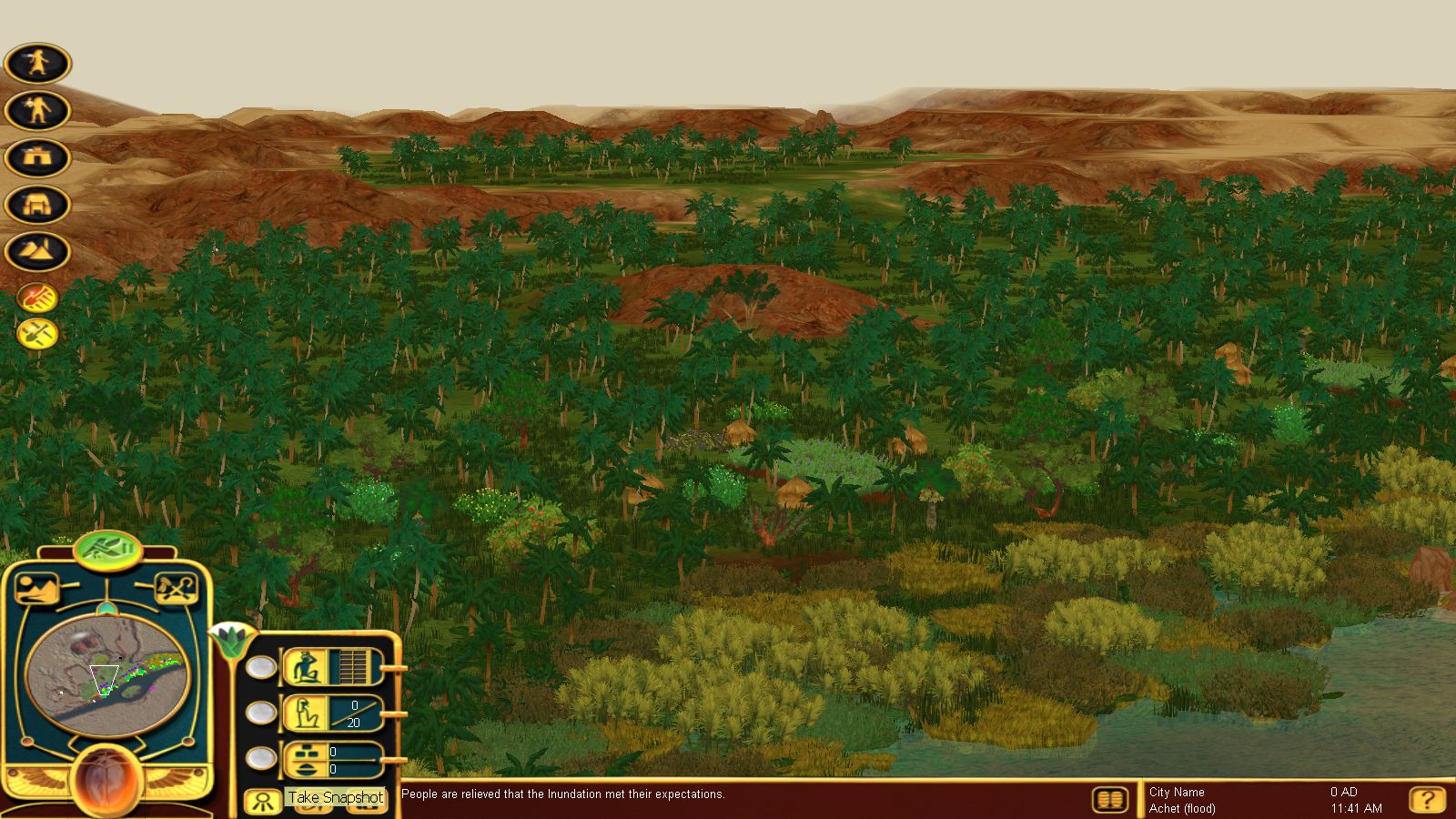 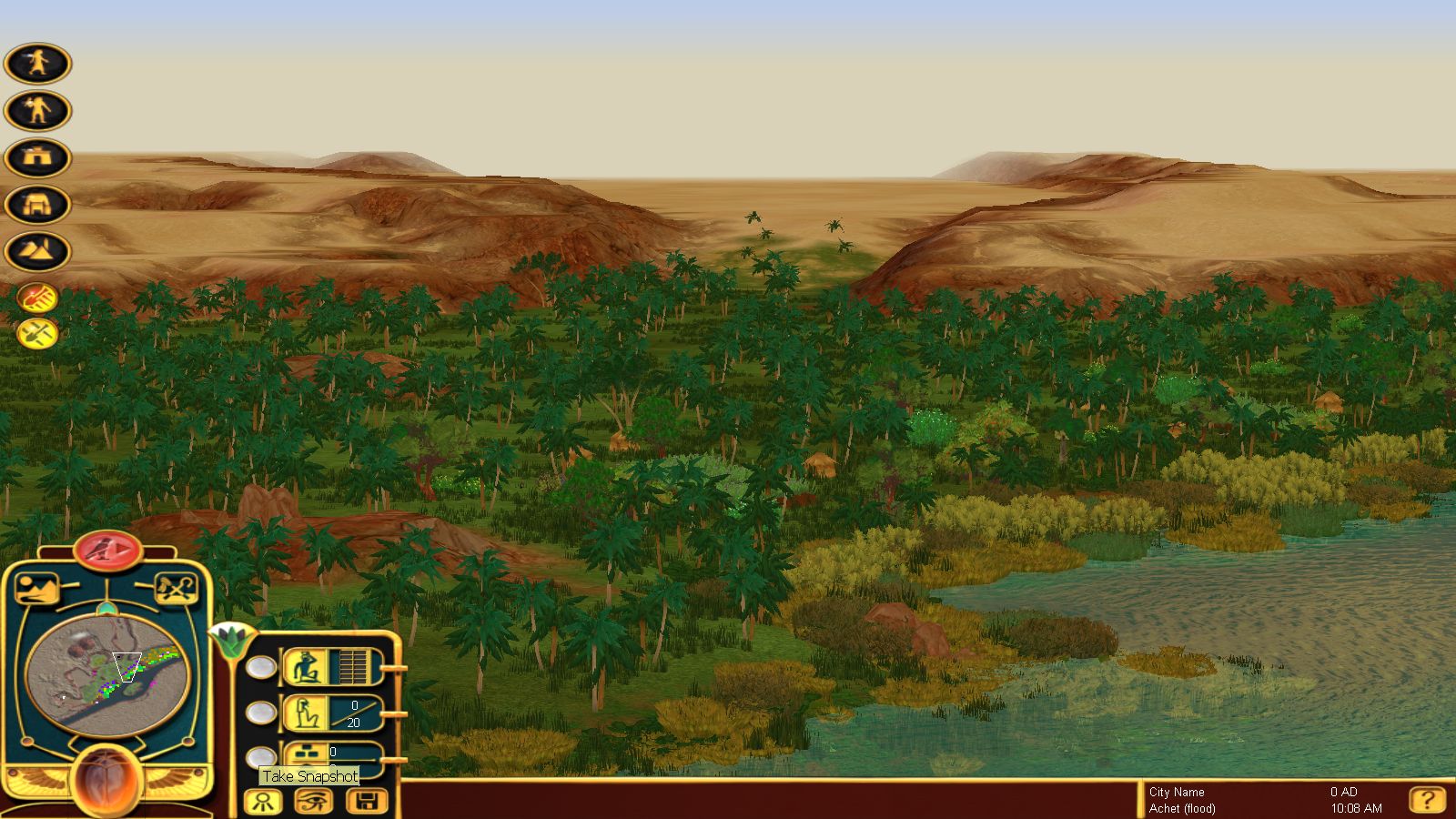 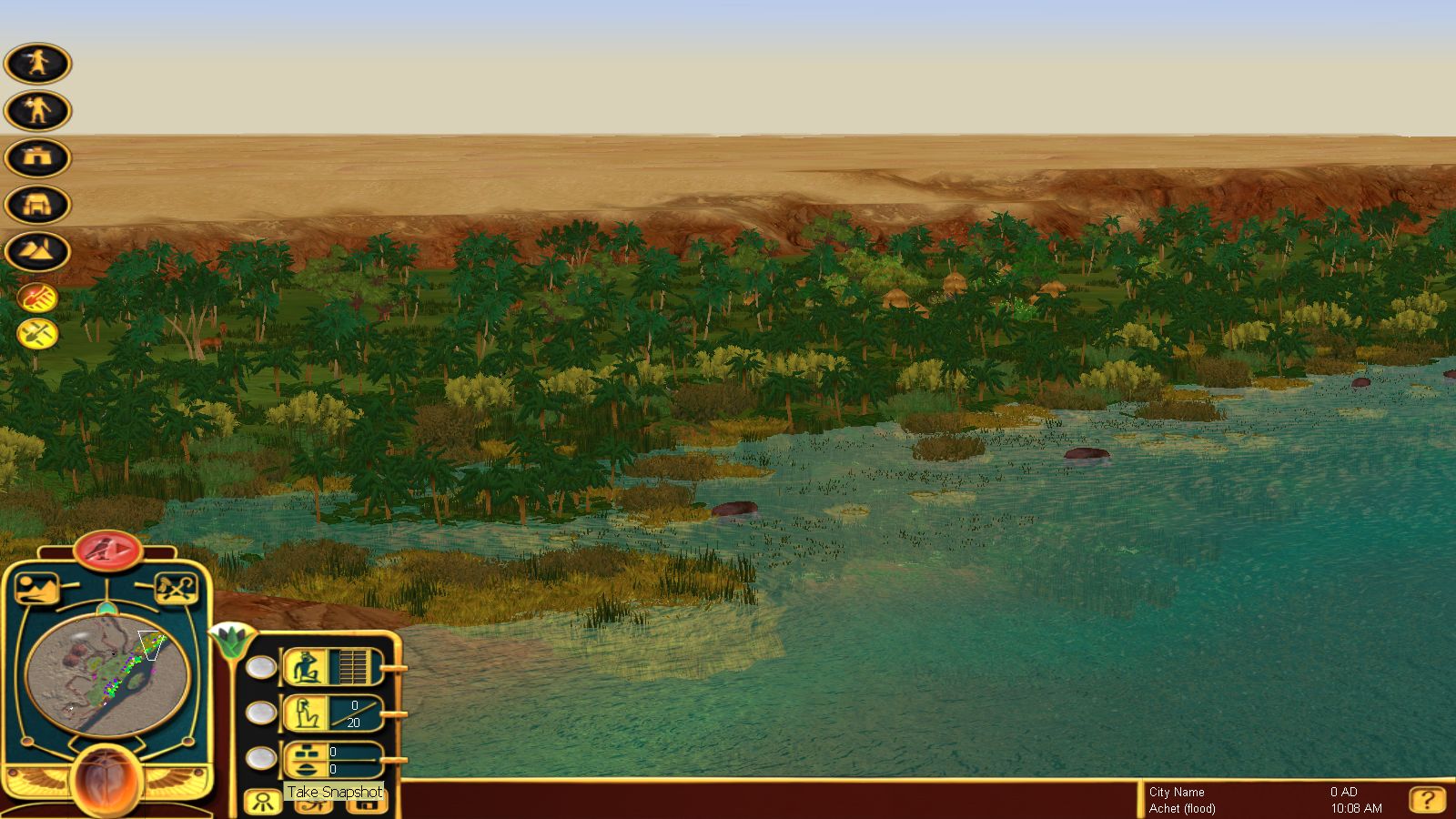 I have moved all the files into the appropriate folders, but I am confused about the instruction to turn off the pop-ups. I cannot find a Settings folder in the CoN directory (I have the downloaded game from GOG). The Interface folders do not have a box for

Hi Texasmine,
It's in the game itself, as you open up the game, you have the options: Play, Editor, Settings.
In Settings, you go to Interface, and in there you can unclick 'Show pop up'
Jytte (alias Ubekhet)
Top

Duh!!! I was looking for something w-a-y more complicated. Thanks.
Top

You're welcome. It's always the 'little things' that gets us, isn't it

I hate to keep whining, but I am still having trouble. I've opened the leather and gold merchants, but I cannot find the "somewhere else" location for the khopeshes. I've punched everything I can think to punch on both shores. I also have both cult temples built (minus the statues, of course), 20k food, 235 limestone blocks quarried, 725 gold. I have mastabas built for everyone and still have 350 bricks. I have 10 nobles, all the shrines, soldiers, a commander, 2 armorers, and 2 weapons makers. NOTHING IS HAPPENING, probably because I can't find the khopeshes.
Top

Just to make sure you are following 'procedure': (EACH time)
First you get a 'hello' and a clue
Then you look for the thing on the island that will help you (like the crocodile)
Then you type 'the name' and get a 'how may I help'
Then you type 'the thing you are looking for' (like 'gold' in the crocodile case),
and IF you typed in the correct word, then you hear a harp sound, and a new site opens for you (like the gold mine).
IF you did NOT type the right word, you hear 'sorry....' (and try again)

You just received your 3rd clue. Remember it said 'think outside the box'. You are not looking for kopeshes.

It must have been quite a while since you got that clue, if you had time to do all that building LOL
Every time you get a new clue, things should go pretty quick, find help, type request (the right one), get new site opened.

Some of these 'clues' will require some thinking to get right, inside AND out the box LOL
Jytte (alias Ubekhet)
Top

I finished this morning. The island denizens were pretty neat, and the building terrain was challenging. For future reference, however, you may lose players if you get TOO obscure or complicated.
Top

Gotcha. This was a one-of project, because I wanted to test some limits. Believe me it was a challenge building, but fun

Also, If all scenarios are the same, well that gets a bit boring, doesn't it?
Jytte (alias Ubekhet)
Top

You are absolutely right. I can't start the murder mystery for a few weeks, but I am looking forward to it.
Top

That one is very benign

hi there, i hope i'm not necroing the thread but i'm really havibg trouble with this clue "tause is my name, or maybe not" i've been wracking my brain for ages trying to figure it out, i'd appreciate help
Top

Is that the anagram for Setau?
Top

Though I prefer not to give it away in 'open', so to speak, I will say: Texasmine have good ideas

that worked! thanks so much, i think my problem was i was trying to find a connection to metunhotep in the anagram
Top

Hi, I am playing this scenario now, I haven't recieving deliveries from merchant, I had to place a cargo drop of point byside the river or the merchants stucked in the river.
Just if anyone has this issue.
Top
Post Reply
16 posts • Page 1 of 1

Users browsing this forum: No registered users and 4 guests