You are Hatshepsut, Foremost of Noble Women, daughter of Pharaoh Thutmose I. For some years, you have been the Great Royal Wife of your rather weak and sickly brother, Thutmose II, with whom you have only a daughter, Neferure. But now a great disaster has fallen upon Kemet. An earthquake (?!), and the following fires, have destroyed Waset, and Thutmose II has died. Unfortunately, Thutmose III, your nephew and step-son, although destined to be Pharaoh, is only 5 years old. A dear boy, but much too young to rule Kemet.
Thus it falls to you to rule in his place, as Regent of Kemet, until he comes of age, and to rebuild Waset to its former glory.
Ineni - the great architect who served under your grandfather, Amenhotep I, and your beloved father, Thutmose I, as well as during the reign of your husband, Thutmose II - has drawn up a plan of building projects for Waset and the west bank necropolis. This is the sketch you have been given. It is a good plan, and has already been approved, so it must be followed to the hieroglyph.
Hapi, our Lord of the River, recognized the vastness of the task before you, and has decreed that Iteru will flod your fields each year until your mission has been accomplished.
May Ma'at guide your steps.

If you fulfill all requirements, you will get a win. There are no time limits, and no fails, so you can use this as a sandbox as well. It's relatively 'small-machine-friendly'. Medium map with no requirements on number of Nobles or farms. You will be needing a lot of food though, so a healthy amount of farmers will be helpful.

Maatkare is historically correct, in as far as I've stuck with the facts as we know them. Granted, those facts range from 'completely documented' to 'probably so'. I've stretched the dates a bit, but still within the range of that upon which the learned can't agree, so freely picked the options that fit my scenario the best.

Hatshepsut was a prolific builder, and that reflects in this scenario. Not only will you be required to build a lot, but you must build in the correct places. This scenario is all about planning and building, not about sitting around waiting for kids to be born and go to school. So you are given the option of 'inviting educated workers' (much as you 'invite a noble' by simply putting down a townhouse). You do so by so-called cheat codes, they function like this: <enter>code<enter>
Use the codes 'scribe', 'priest', 'overseer' or 'commander' respectively (without the quotation marks), and one will arrive in the little acacia grove south of the harbour area (unless you committed the grave error of building something inside that). If a dwelling is available they will move into it, if not, they will emigrate. You may do this as often and as many times as you wish.

All requirements will be explained in the messages, so it is important to pay attention to those. You may consider taking notes as requirements are revealed. All the same, the scenario has a host of 'error messages' built in. They are not so much about 'errors' as they are friendly reminders of what you may have missed or not yet done, so you don't sit at the end of things and wonder why you aren't getting a win (there are a lot of requirements).

Now, this scenario has a peculiarity….
At some point it will start telling you that you don't have enough landing sites (and with one for each 2 water trades, that's nonsense). I can only think that it might be because I had to fix a landing area, and CotN doesn't like fixes much. Where ever you put your landings (and shipyard) in the harbour area, they will and do work, and you are in no danger of losing any trades, so you can safely ignore that message.

Warning about library: What ever materials you may have hauled up to the library is still available for use on the world level (CotN behavior, not my doing), and if it is, you may have to haul it all over again.
Advice: don't mess with materials that the library presently is collecting.

If you plan to finish by the year of Hatshepsut's actual death (1458BC / 28th game year)… well, that's darn near impossible. It CAN be done in 30-33 years, but that's not relaxing by any stretch of the imagination. In order to achieve this I was running 20 nobles from year 6, and wall-to-wall brickworks. You can play with a lot less, it will just take longer, quite a bit longer.

Movies run best on normal speed (1.0), a matter of timing with the sound. However, if you are running at higher speed, you can just take it down as soon as the movie start.

Along with the scenario, you will need 5 sound files, a background image, a world map, and Ineni's map, all included in the zip file. You will not be able to play the scenario without them.
Do yourself a favour and DO NOT listen to the sound files before you put them in your folder and play the scenario, as it sort of ruins the surprise. I PROMISE there are no profanities or anything else offensive in those files.

The sound files go in this folder: (wherever your game is)\Children of the Nile Complete\Data\Audio\Sounds\
World map (wl_map_maatkare_1_1.dds) goes here: ...\Children of the Nile Complete\Data\Graphics\world level\map\
The image (Maatkare.tga) goes in the same folder as the scenario.
The Ineni-map is a pdf file to print out.
The zip file is divided into same folders, so it should be easy to move/copy files.

NB: You should play with pop-ups turned OFF (In the game, in Settings, under Interface, you can uncheck the box for 'show pop-up messages') or sound files/movies can get interrupted.
When they ARE turned off, a specific sound will alert you to the fact that you have a message in your tray (certain alerts and 'error messages').

Before you play the scenario, read the tips carefully!

All files in a zip: Maatkare.zip (don't let the file size scare you, it's because of sound- and other files. The scenario is only 1.48MB) 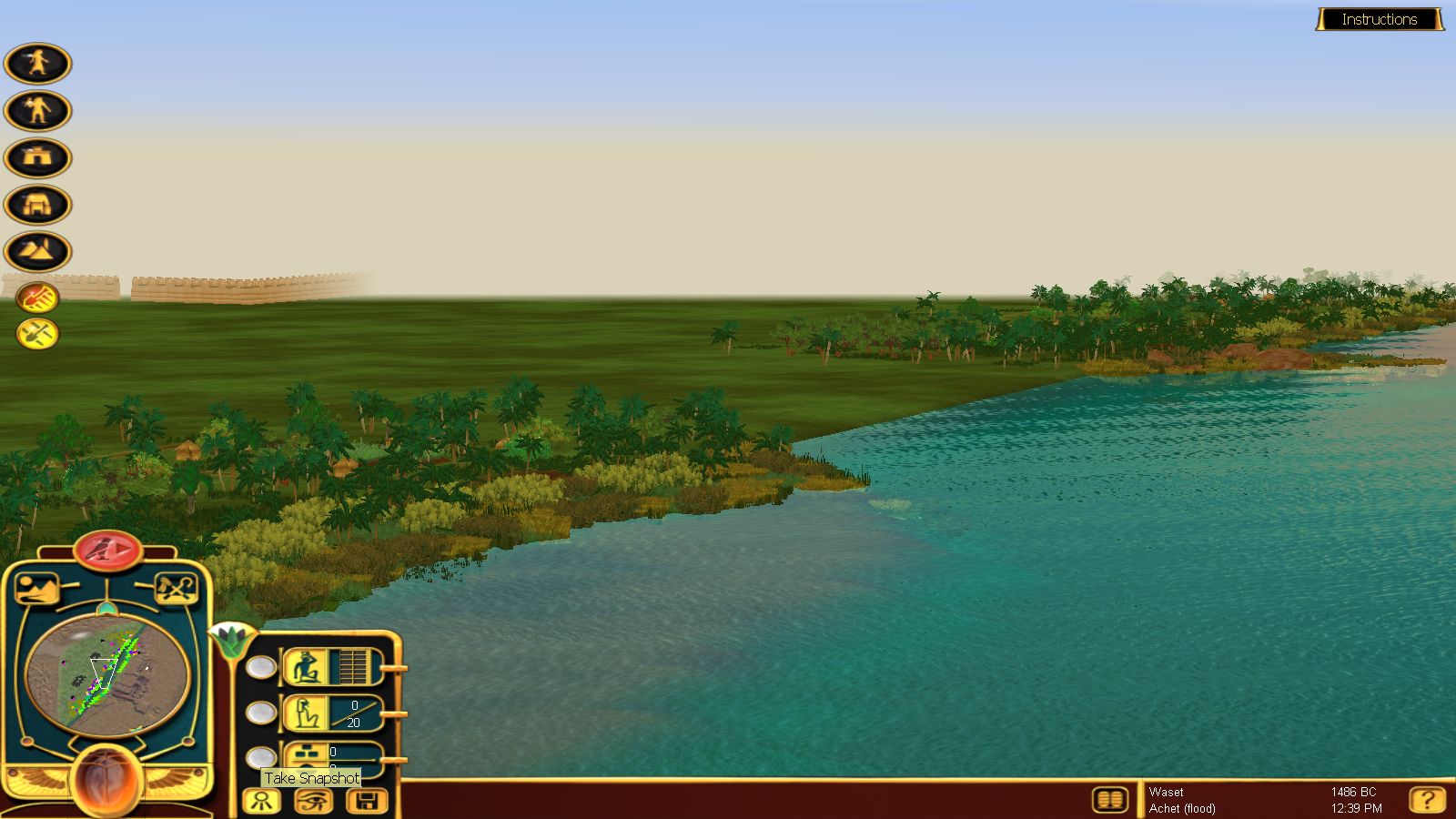 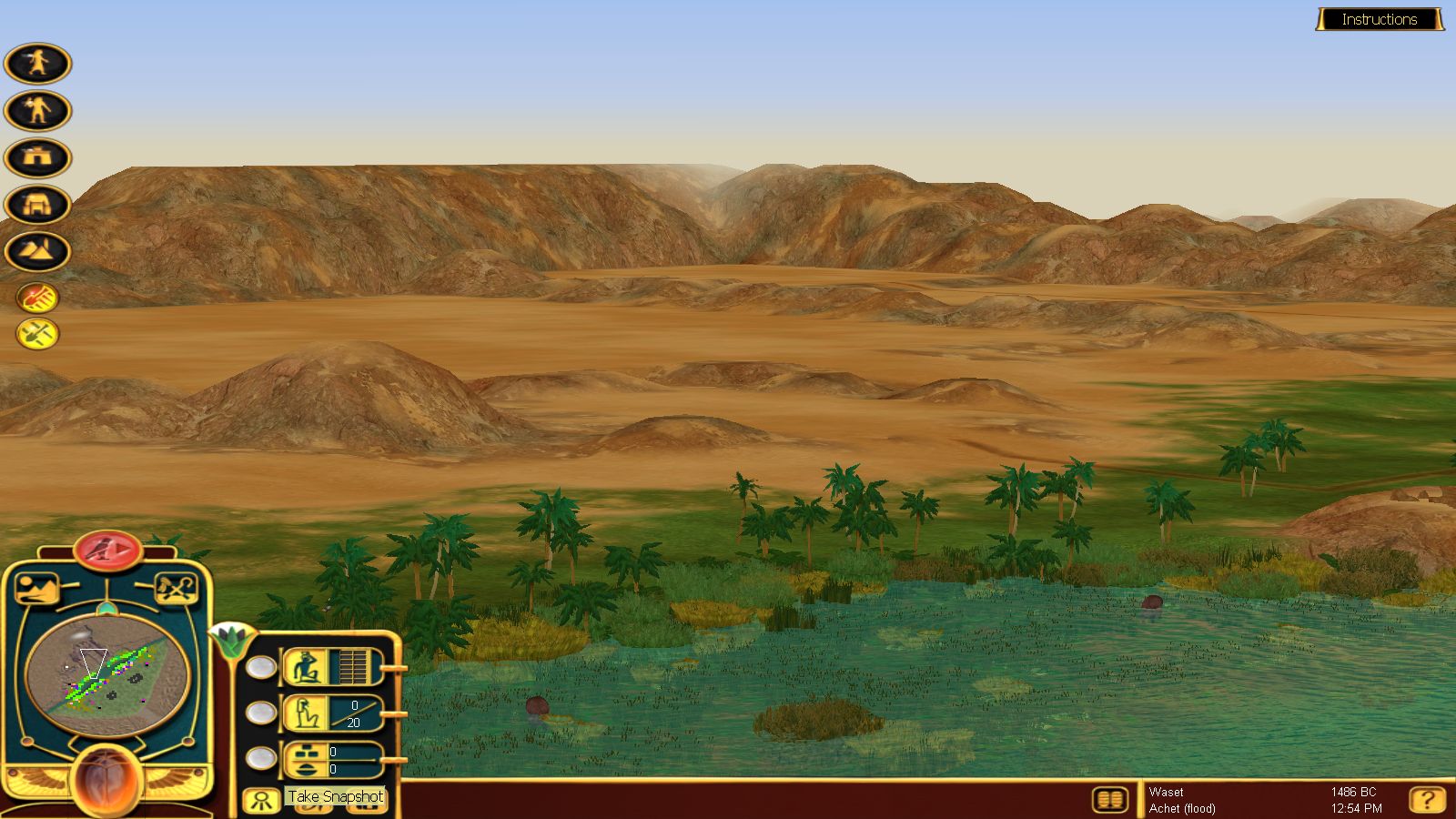 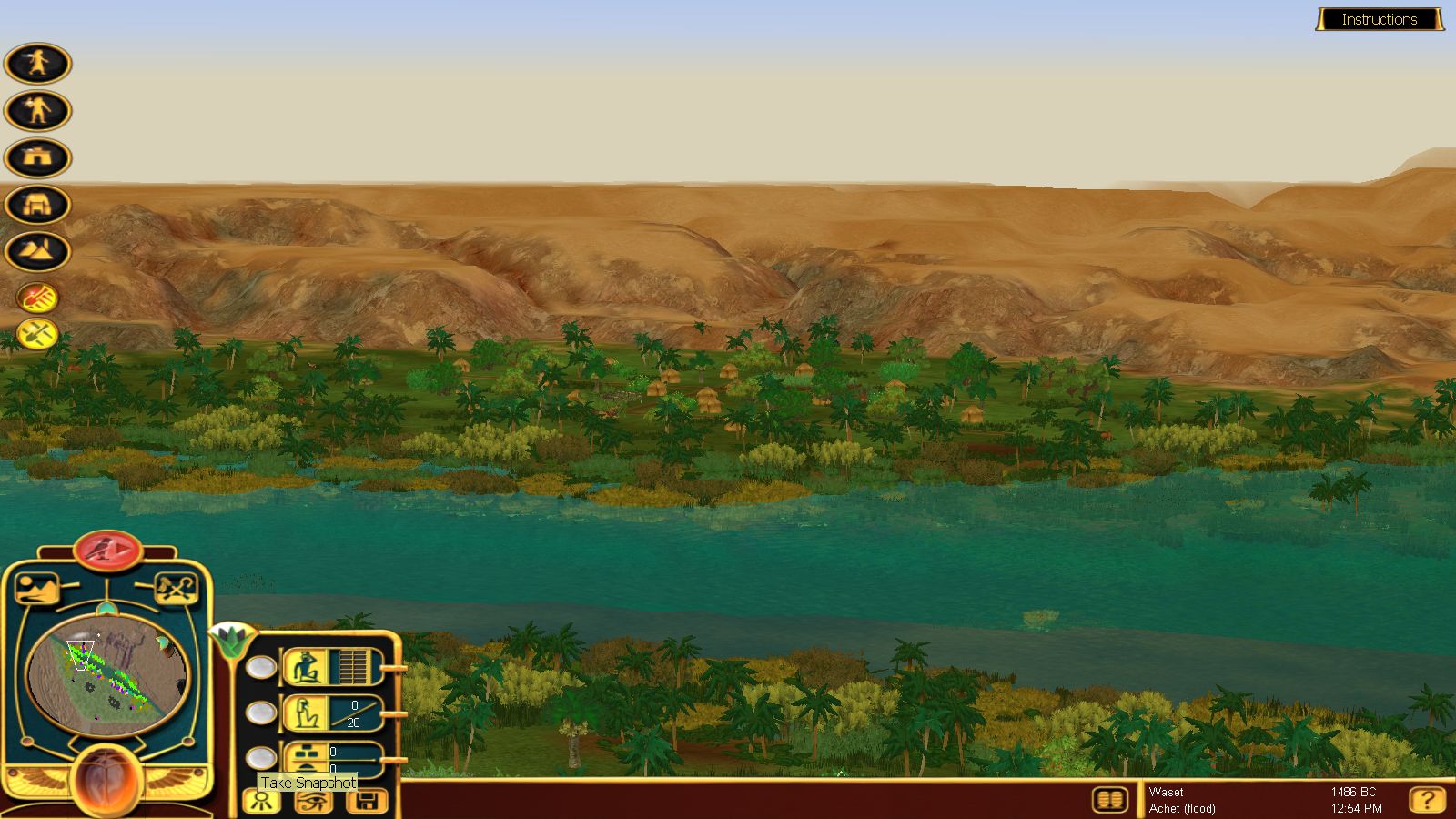 I guess everybody at heavengames went home for the holidays, tried a few times to upload... not happening.
Jytte (alias Ubekhet)
Top

Meanwhile, I tested out the behavior of libraries in an original scenario.... and this peculiarity is in fact a part of how CotN behaves:
What ever has been hauled to the library to be used for its build, is counted as part of the 'total stock', and you can use that on the world level. In other words, you may have hauled up materials that may be used (even if you have more in a drop point) on the world level, leaving you to have to haul it all over again.
I will edit the post above.
Jytte (alias Ubekhet)
Top

I've been having great fun with your newest. Please keep at it!
Top

I'm glad you liked it

The next one is already in the works.
Jytte (alias Ubekhet)
Top
Post Reply
5 posts • Page 1 of 1